The Columbia Gorge Running Club invites runners and walkers of all ages and abilities to embark on the 13th Carson to Stevenson Ridge 10-Miler. This point-to-point race goes up and over the scenic ridge between the towns of Carson and Stevenson, WA. It’s a stout climb in both directions – so much so that Backwoods Crewing (in Carson) named a delicious oatmeal stout after this event.
Where:
The event will start at the WREC (the old Wind River Middle School), 441 Hot Springs Ave, Carson WA 98610, proceed over the ridge to end at the Exhibit Hall at the Skamania County Fairgrounds, 710 SW Rock Creek Dr, Stevenson, WA 98648
Cost is $25 ($15 for CGRC members)
Not a CGRC member yet? Go to
https://runsignup.com/…/Stevenson/ColumbiaGorgeRunningClub
Please park at the Skamania County Fairgrounds in Stevenson and carpool to the start in Carson.
Volunteers needed! We need help at the registration, aid stations, crossing guards, photographers, etc. Let us know if you can help at columbiagorgerunning@gmail.com. 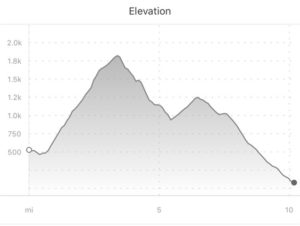 2013 Ridge Run was a complete success!
Congratulations to all finishers and thanks to Skamania County General Services, Backwoods Brewery, and all the awesome volunteers.
Of special note:
Lester Feist and his father, Bruce Feist, conquered the 2013 CGRC Carson to Stevenson Ridge Run. It is impressive enough that they finished the challenging 16K course. It is even more amazing that they did it while Bruce is fighting cancer. The father and son team tackled the nearly ten miles of the steep up-and-down hilly course…quitting was not an option. Race director Anna Bates says “I offered Bruce many rides & he turned them all down. He was determined to finish.” Nearly six hours after overall winner Torrey Lindbo of Portland finished the race in 1:05:50, the Feist duo arrived at the Skamania County Fairgrounds in seven hours. Way to go!